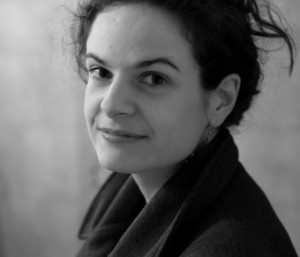 I never thought I would become a translator, although I grew up in a bilingual environment (my mother is a native French speaker). I knew from a young age that I would work with languages but translation was never part of the plan. By the age of 18, I already spoke 4 languages quite fluently but what really took my fancy back then was the dazzling world of the media, glossy magazines, TV, radio, cinema, etc.

Funnily enough, I studied translation instead. From the very first year of college, it was all about translation for me and still, I had no plans to work in the translation industry. I felt it would be too much to sit down in an office all day and translate 8 hours for someone else. I guess, what had not crossed my mind, back then in the late 90s, was that I could become a freelancer, instead.

When I finally graduated in 2003 with a MA in Translation Studies, I got a job in IT. I was a multilingual technical support officer for European clients, in the UK. That’s when I started using my languages for the first time on a professional level. And I got to translate too. Technical terms mostly. Much as this sounded like fun for a while, it wasn’t what I really wanted to do, so when the opportunity arose to join a TV production company in London, I screeeeeeeeamed with joy!

I researched travel content for Channel 4 TVprogrammes, and because they were travel programmes, I got to use my languages again. And I got to translate release forms, I got to liaise between our TV directors and the people we filmed abroad,  I even translated marketing and real estate copy for our programmes.

In 2007, I decided I wanted a break from all that so I took the plunge and moved back to Greece. I briefly worked in television again, where I got into subtitling and translating foreign articles into Greek. I even did some interpreting live on national television once (what a scary experience!). In 2008, I was out of work and that’s when I first started exploring the possibilities of a part-time freelance career as a translator. I did a lot of research on the internet and discovered websites like proz.com and Translators Cafe. I started getting my first projects but translation work was still scarce, so I found a full-time job as an editorial assistant for a Greek N.G.O.  Guess what? I did a lot of translations there too.  I researched, translated and wrote content for e-learning programmes. I translated articles, researched content for environmental publications, translated our President’s books for Greek publication, I co-wrote EU proposals and transcribed speeches from the conferences we attended.

My translation career had also started blossoming on the side. It seems I had been a translator throughout my entire working life without really admitting to it. In 2011, I created Worlds of Words and when the crisis finally hit me hard and I lost my job at the N.G.O. I decided to become a full-time freelance translator. At about the same time, I got into freelance writing for travel magazines too. Quickly, I discovered that working for myself was more rewarding that any of the jobs I had previously held. I was finally a location independent freelancer and I loved it. I am now a full-time freelance translator, specializing in marketing, media, business and tourism,and I can’t think of anything else I would like to do more.

Natali Lekka is an English and French into Greek freelance translator and bilingual writer and the owner of Worlds of Words. She specialises in business, marketing, media and tourism texts. She is also the author of Worlds of Words – the blog and tweets at @worlds_of_words

www.coursera.org: A collection of online free courses taught by prestigious universities around the world!

In the previous article, Mission: Translating a website. Why?, we explored some reasons why businesses…

It takes Two to Translate